Grandparent 529 Plans Get a
Boost Under New FAFSA Rules

Under current rules, parent-owned 529 plans are listed on the FAFSA as a parent asset. Parent assets are counted at a rate of 5.64%, which means 5.64% of the value of the 529 account is deemed available to pay for college. Later, when distributions are made to pay college expenses, the funds aren’t counted at all; the FAFSA ignores distributions from a parent 529 plan.

Under the new FAFSA rules, grandparent-owned 529 plans still do not need to be listed as an asset, and distributions will no longer be counted as untaxed student income. In addition, the new FAFSA will no longer include a question asking about cash gifts from grandparents. This means that grandparents will be able to help with their grandchild’s college expenses (either with a 529 plan or with other funds) with no negative implications for federal financial aid.

However, there’s a caveat: Grandparent-owned 529 plans and cash gifts will likely continue to be counted by the CSS Profile, an additional aid form typically used by private colleges when distributing their own institutional aid. Even then it’s not one-size-fits-all — individual colleges can personalize the CSS Profile with their own questions, so the way they treat grandparent 529 plans can differ. 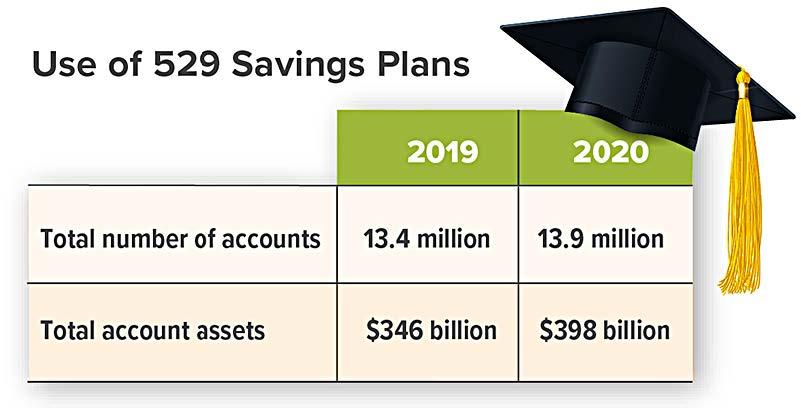 When Does the New FAFSA Take Effect?

The new, simplified FAFSA opens on October 1, 2022, and will take effect for the 2023-2024 school year. However, grandparents can start taking advantage of the new 529 plan rules in 2021. That’s because 2021 is the “base year” for income purposes for the 2023-2024 FAFSA, and under the new FAFSA a student’s income will consist only of data reported on the student’s federal income tax return. Because any distributions taken in 2021 from a grandparent 529 account won’t be reported on the student’s 2021 tax return, they won’t need to be reported as student income on the 2023-2024 FAFSA.

Consider the investment objectives, risks, charges, and expenses associated with 529 plans before investing. This information and more is available in the plan’s official statement and applicable prospectuses, including details about investment options, underlying investments, and the investment company; read it carefully before investing. Also consider whether your state offers a 529 plan that provides residents with favorable state tax benefits and other benefits, such as financial aid, scholarship funds, and protection from creditors. As with other investments, there are generally fees and expenses associated with participation in a 529 plan. There is also the risk that the investments may lose money or not perform well enough to cover college costs as anticipated. For withdrawals not used for higher education expenses, earnings may be subject to taxation as ordinary income and a 10% federal income tax penalty.

11 Small Business Tax Savings Ideas for 2022
Summary of Market Performance Second Quarter Ended June 30, 2022
Getting Your Finances in Order: A Q1 Check-Up
What To Do When Someone Passes Away: A Financial Affairs Checklist
Summary of Market Performance: 3rd Quarter 2021 Ended September 30
PREVIOUSNEXT
Rule of 70 & Rule of 72: What They Mean for Your InvestmentsThe 2021 Guide to Government Resources for Special Needs